As 2019 comes to an end, schools throughout the country wait for news from the Department of Education about how they will need to handle sexual assault and harassment allegations. One of the biggest complaints regarding the current system is how the school only needs to determine that “it is more likely than not that sexual harassment or violence occurred” in order to reach a guilty verdict. In criminal investigations and trials, on the other hand, the accused person is innocent until proven guilty beyond a reasonable doubt. Critics of Title IX campus investigations say the schools override respondents’ due process, often expelling them without cause. 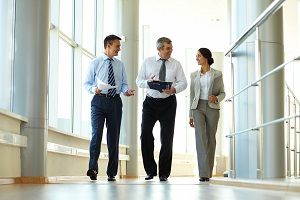 The Department of Education said it would release official changes to Title IX regulations in the fall of this year, and the end of the season is almost here.

Schedule your initial consult with us.

A Brief History of Title IX

In 1972, the U.S. government passed Title IX, a law prohibiting sex discrimination in federally funded institutions of education. In the 90s, schools frequently used it in the realm of sports and athletics to ensure equal access to both men and women.

In 2011, the Obama administration released a “Dear Colleague” letter, qualifying sexual harassment and assault as forms of sex-based discrimination. According to the letter, these crimes affect a person’s ability to take full advantage of their educational opportunities. Schools that fail to investigate allegations of sexual harassment or assault risk losing federal funding. Before this letter, the average number of lawsuits filed against schools for unlawful investigations was one per year. This year, there are more than 100 active Title IX lawsuits.

In 2017, newly-appointed Secretary of Education Betsy DeVos released a second "Dear Colleague" letter. It replaced the 2011 letter and emphasized the importance of taking allegations seriously without compromising the rights of the accused.

In 2018, DeVos released proposed changes to Title IX regulations, which changed the definition of sexual harassment from this:

The proposed changes also mandate due process protections, elimination of the obligatory “preponderance of evidence” standard, and allowance of cross-examinations (previously discouraged because they were thought to re-traumatize the alleged victim).

The Department of Education will supposedly finalize the 2018 proposed changes by the end of 2019. Advocates for the accused are looking forward to the updates, but sexual assault survivors and their allies are already planning to fight the new legislation. Although nothing has been officially confirmed, many believe the official regulations will differ from the 2018 proposal in one key area.

Under the 2018 proposal, schools would no longer be responsible for investigating allegations of harassment or assault that occurred off-campus. The official regulations may not include this stipulation, largely due to significant public backlash.

The 2011 Obama-era letter was considered informal guidance. As such, many schools failed to comply in the following years without losing funding. The coming changes from our current Department of Education, however, will function as fully-binding, federal law. However, schools will still be able to decide between using a “preponderance of evidence” or “clear and convincing evidence” when determining guilt.

While the proposed changes are highly controversial, both sides of the debate agree that Title IX requires serious reform.

Contact Our Firm for Information, Support, and Dedicated Advocacy

If you were accused of sexual violence or harassment on your school campus, you may have been subjected to a Title IX investigation that ignored your rights and disregarded due process. Assault and harassment are serious crimes, and if your school punished you without properly considering all relevant evidence, they must be held accountable. At Parisi, Coan & Saccocio, PLLC, we have the skills and experience needed to help you secure the compensation you deserve.

Join the fight against this deeply flawed system. Contact us online or call us directly at (737) 200-2332 today.