On May 6, 2020, the U.S. Department of Education issued the long-awaited final regulations that will govern campus Title IX investigations and adjudications. The regulations, contained in 34 CFR 106, and set to become effective on August 14, 2020, provide many important mandates for all subject institutions. These mandates include the elimination of the single investigator model of Title IX investigation/adjudication, the requirement of live hearings, the forbidding of school issued gag orders that prevent students from discussing their cases publicly, the adoption of the U.S. Supreme Court’s standard for harassment, and a clarification that an institution’s jurisdiction under Title IX extends only to acts of alleged harassment occurring in the context of a program or activity under the school’s control.

These regulations are significant for not only what they provide, but because they possess the force of law, having been issued under the authority and framework of the Administrative Procedure Act (APA). Prior “best practices” issued under the so-called “Dear Colleague” letters drafted by the Office for Civil Rights did not have the force of law and, therefore, were not technically binding on the institutions. This is no longer the case. 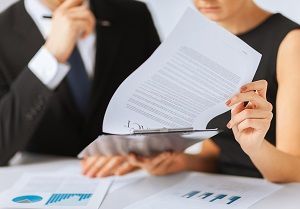 Among the most controversial of the new regulations is the right of the parties, through their advisors, to conduct cross-examination of each other, and all other witnesses – including the Title IX investigator who drafted the Investigation Report. Here are some important provisions contained in the regulation:

This provision profoundly changes the nature of the Title IX investigation and the Title IX hearing. Initially, it unleashes, albeit in a clearly delineated role, the talents and experience of the advisor by giving him or her the ability to conduct direct, oral questioning of the adverse party and all witnesses, in real time. Prior to these regulations the role of the advisor at the hearing was that of the “potted plant”, a presence to be seen and not heard. The advisor did his or her work behind the scenes, preparing their client to participate in the Title IX investigation process and advocate for themselves. That role still exists and remains critically important, but now the advisor has a speaking role at the hearing – and an important one at that- the cross-examiner.

It is difficult to adequately describe just how important the ability to cross-examine a witness is in a contested proceeding. In the oft quoted words of the great lawyer and law professor John Henry Wigmore, cross-examination is “beyond any doubt the greatest legal engine ever invented for the discovery of the truth.” (3 Wigmore, Evidence section 1367, p. 27 (2d ed. 1923)). In its exhaustive response to the comments that were received as part of the APA regulation making process, the Department of Education stated, about cross-examination, as follows:

“The Department agrees with commenters who asserted that cross-examination provides opportunity for a decision-maker to assess credibility based on a number of factors, including evaluation of body language and demeanor, specific details, inherent plausibility, internal consistency, and corroborative evidence… Cross-examination brings those important factors to a decision-maker’s attention in a way that no other procedural device does…” (see DOE Response to Comments, page 1081).

But there is something to remember as well. This tool is only as good as the person who wields it. The ability to conduct an effective cross-examination is a learned art. This fact is referenced by the Department of Education in its summary of comments received from the public during the notice and comment period after the proposed regulations had been issued:

So, what is the take away? If you are charged with a Title IX violation and have now been provided this new right to cross-examine witnesses through your advisor, and are now yourself subject to cross-examination by the complainant’s advisor, you had best ensure that the opportunity is not squandered, or worse, by an advisor not experienced in the art and skill of cross-examination.

At Parisi, Coan & Saccocio, PLLC, our attorney advisors know how to cross-examine. Attorney Patrick Saccocio is a former prosecutor, a criminal defense attorney, a Title VII defense attorney, and has spent his entire legal career as a trial lawyer. Attorney Gerard Parisi has handled numerous trials, both jury and non-jury, and has effectively cross-examined numerous witnesses. Attorney John Saccocio has decades of experience in conducting contested administrative hearings, with cross-examination of witnesses, for clients accused of workplace misconduct. In addition, our attorneys know how to prepare you for being cross-examined.

These new Title IX regulations bring persons charged with sexual misconduct in the campus setting both new opportunities and new challenges. Make sure that you are ready for both by calling Parisi, Coan & Saccocio, PLLC today.