Education Secretary Betsy DeVos released new Title IX guidelines on Wednesday for universities and K-12 schools to follow when dealing with a sexual assault or misconduct complaint. The changes take effect on August 14, 2020.

The revamped federal rules give students accused of sexual misconduct added due process protections, such as the presumption they are innocent until proven guilty, the right to review all evidence against them, and the ability to have their advisor cross-examine their accusers during live hearings.

Under the Obama administration, sexual harassment was broadly defined as “unwelcome conduct of a sexual nature.” Now the revised laws use the Supreme Court’s definition of harassment, meaning unwelcome conduct so severely offensive and pervasive in nature to deny someone equal access to their education. 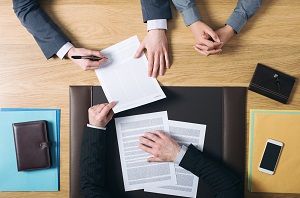 In addition, schools are now permitted to decide between two standards of evidence to apply in their Title IX investigations: the “preponderance of the evidence” standard or the “clear and convincing” standard. The previous administration permitted schools to only use the preponderance of the evidence standard, which means it is only required to demonstrate that it is “more likely than not” that the accused student violated Title IX rules (as opposed to the heightened proof requirements associated with the “clear and convincing” standard).

Allegations related to domestic violence, dating violence, and stalking now formally require investigation under Title IX. Previously this requirement was only contained in the Clery Act/Violence Against Women Act (VAWA). If an alleged incident occurred in an off-campus housing (i.e. apartments during a university program and fraternity/sorority houses), schools must investigate.

Schools who fail to follow the Title IX requirements risk losing federal funding. The Education Department believe the changes could reduce the number of investigations made by schools and save them millions of dollars over the next 10 years.

At Parisi, Coan & Saccocio, PLLC, the new rules provide our clients with added due process rights necessary to protect their rights and freedom in a fair and just manner. Our Title IX team will soon have additional tools to assist our clients in their efforts to clear their name, continue their education, and get their lives back on track.

If you have been accused of campus-related sexual misconduct in New York, California, Texas, North Carolina or Arizona, contact Parisi, Coan & Saccocio, PLLC today at (737) 200-2332 to schedule a consultation and learn about your legal options.